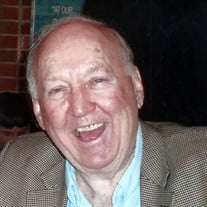 Carl Martin Cooler 78, passed away April 14, 2022. He had been under nursing home care in Marietta, Georgia after suffering a stroke in 2017. He was preceded in death by his parents, Mary and Homer Cooler and brothers, Sidney Cooler and Lynn Allen Cooler. He is survived by brothers, Joe (Sylvia) Cooler of Austell, GA and Bruce (Melissa) Cooler of Smyrna, GA; nephews, Brian (Stacey) Cooler of Charlotte, NC, Adam (Abbey) Cooler of Acworth, GA, Robert Cooler of Smyrna, GA and Jon (Amber) Cooler of Kennesaw, GA; great nephews, Zachary (Sarah) Cooler of Charlotte, NC and Cameron Cooler of Kennesaw, GA; great nieces, Aubrey Cooler of Charlotte, NC, Ava Cooler of Acworth, GA and Anna Cooler of Acworth, GA. He will also be missed by aunts, uncles, cousins, many friends, associates, church members and Gamecock fans. Carl served our country in the United States Air Force from 1961-1965 and was a graduate of the University of South Carolina. He had a successful career in real estate for many years and absolutely loved South Carolina Gamecock football and baseball. He was known for his fantastic tailgates with a lot of food that everyone wanted to try. He loved music, especially John Mathis. Carl was a loyal friend to all and never met a stranger. He will be missed by all and wonderful memories and stories will be cherished forever. His faith was an example to all and we are comforted by knowing his favorite verse, 2 Corinthians 5:8 "To be absent from the body is to be present with the Lord". No services will be held locally. Inurnment of Mr. Cooler's cremated remains will be in Beaufort, SC at a future date. In lieu of flowers donations can be made to Virginia Wingard United Methodist Church in Columbia, SC or the American Stroke Association.

Carl Martin Cooler 78, passed away April 14, 2022. He had been under nursing home care in Marietta, Georgia after suffering a stroke in 2017. He was preceded in death by his parents, Mary and Homer Cooler and brothers, Sidney Cooler and Lynn... View Obituary & Service Information

The family of Carl Cooler created this Life Tributes page to make it easy to share your memories.

Send flowers to the Cooler family.