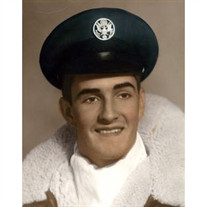 Charles Henderson Allen, Sr., age 78, of Mableton passed away on Saturday, November 5, 2011. He was born to Charles Rogers Allen and Jane Elsie Davis Allen on October 3, 1933 in Kinsale, Virginia. Charles was a good and kind man with a big heart; he was a true philanthropist and would give the shirt off of his back to help a friend. He assisted several organizations with his time and donations such as the Humane Society and the Sheriff's Association. Charles was very savvy with automobiles - he retired from Goodyear after several years of dedicated service. He also passed the torch on as manager of Kwik Fit to his son, Charles Allen, Jr. He also attended the University of Virginia as well as having served our Country in the U.S. Airforce. Charles Henderson Allen, Sr. is preceded in death by his wife of 52 years, Frances Cowan Allen and his son, Jere McGee. Survivors include his daughters, Sue Condron of Gainesville, Karen Green of Villa Rica, Pat Allen of Villa Rica; sons, Lane McGee and his wife Linda of Newberg, Mike McGee of Kennesaw, and Charles Allen, Jr. of Cumming; adopted children, Kay Roquemore and Curtis and his wife Pauline Smith; sister, Ruby Kleberg; grandchildren, Michelle and her husband Steve Keeter, Nannette and her husband Richard Womack, Joe McGee, Melissa and her husband Ben Henderson, Jason McGee, Leslie and her husband Seneca Mallory, Larry Green, Jr., Jacquelyn and her husband Tom Bowden, and Dr. Stephanie and her husband Kevin Doktor; and his great-grandchildren, Kyle Keeter, Paige Keeter, Nick Womack, Palmieri Womack, Kaleb Mallory, Kyle Mallory, James Bowden, Peter Bowden, Marlee Henderson, and Charlotte Henderson. The family will receive friends on Monday, November 7, 2011 from 3:00-5:00pm and again from 6:00-8:00pm at White Columns Funeral Chapel in Mableton. A funeral service will be held in Charle's honor on Tuesday, November 8, 2011 at 1:00pm in the funeral home's chapel with Don Cagle. In lieu of flowers, please make donations to The Humane Society. The Humane Society (HSUS) 2100 L Street, NW Washington, DC 20037 1-866-720-2676 http://www.humanesociety.org/

Charles Henderson Allen, Sr., age 78, of Mableton passed away on Saturday, November 5, 2011. He was born to Charles Rogers Allen and Jane Elsie Davis Allen on October 3, 1933 in Kinsale, Virginia. Charles was a good and kind man with a big heart;... View Obituary & Service Information

The family of Charles Allen, Sr created this Life Tributes page to make it easy to share your memories.