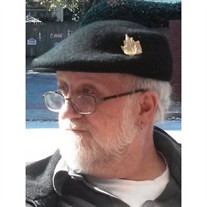 Charles William "Bill" Anderson, age 51, of Atlanta passed away peacefully on March 6, 2013 at Grady Memorial Hospital in Atlanta. Bill was born to John Crowell Anderson and Mary Houston Baker Anderson on June 23, 1961 in Tuscaloosa, Alabama. He graduated from Sprayberry High School in Marietta as a National Merit Scholar. He later graduated with degrees from the University of Georgia. Bill spent most of his career in higher education; he worked at Emory, Duke, and most recently as a digital library developer at Georgia Tech. He had an insatiable passion for life and was loved by all who were blessed to be a part of his life. Bill was always a unique person and was fun-loving, kind, and generous in spirit. He was an avid reader, writer, philosopher, musician, photographer, and artist. Along with many devoted friends and family, Bill Anderson is survived by his mother, Mary Houston Baker Anderson; fiancé©e, Ingrid McIntosh; sister, Mary York; brother, John Anderson and his wife Nathalie; nieces, Sophia Anderson and Emily Anderson; and nephew, Kenneth York. The family will receive friends 1:30 pm - 3:00 pm Saturday, March 9, 2013 at White Columns Funeral Chapel in Mableton. A memorial service will be held in his honor at 3:00 pm Saturday, March 9, 2013 with Reverend Joe Conyers officiating. In lieu of flowers, please make donations in his honor to the Atlanta Humane Society or the charity of your choice. Atlanta Humane Society 981 Howell Mill Rd NW Atlanta, Georgia 30318 (404) 875-5331

The family of Charles Anderson created this Life Tributes page to make it easy to share your memories.

Send flowers to the Anderson family.