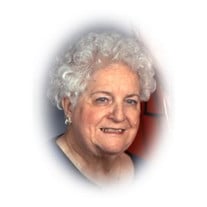 Biography Clara Shelnutt Coggin, age 76, of Mableton passed away on Tuesday, March 1, 2011 at Wellstar Cobb Hospital in Austell. She was born to Max and Thelma Lyle Shelnutt on March 28, 1934 in Riverdale, GA. Clara graduated high school early at the age of 16 and began to set her roots in the Mableton/Austell area. She married Robert Coggin, Jr. in 1953 and had three beautiful children: Robert Coggin III, Michael Coggin, and Terrie Coggin. While filling in a temporary position at Mt. Pisgah Baptist Church, the Lord presented her with an opportunity: Clara stayed with the church as the secretary for 45 years until she retired in 2010. She loved flowers and enjoyed listening to the birds. Her late husband would garden to bring joy to his beloved wife. She is preceded in death by her husband, Robert A. Coggin, Jr. and her son, Robert Coggin III. Survivors include Son, Michael and wife Tracie Coggin of Adairsville; daughter, Terrie Coggin of Mableton; brother, Harley and wife Pauline Shelnutt of Dallas; sister, Wilma and husband Leon Moore of Mableton; brother in law, Jim Coggin of Mansfield; grandchildren, Rob, Shane, and Michaela; and nieces and nephews, Kathy, Karron, Steve, Randy, and their families. The family will receive friends 2-4PM & 6-9PM Thursday, March 3, 2011 and Friday morning at Gene Davis-White Columns Chapel in Mableton. The funeral service will be held at 2:00PM Friday, March 4, 2011 at Mt. Pisgah Baptist Church with Rev. Michael C. Crawford officiating. Interment will follow at Mt. Pisgah Baptist Church Cemetery.

The family of Clara Coggin created this Life Tributes page to make it easy to share your memories.

Send flowers to the Coggin family.