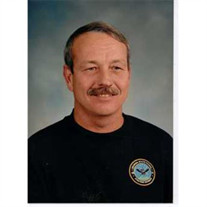 GySgt. Darrald D. Avery USMC retired, age 59, of Mableton passed away Tuesday, August 7, 2012 at his home. He was born to Myron S. Avery and Belle Mable Avery on July 18, 1953 in Clearwater, Florida. He honorably served his country through the... View Obituary & Service Information

The family of Darrald Avery created this Life Tributes page to make it easy to share your memories.

Send flowers to the Avery family.