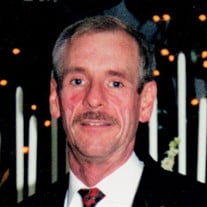 David “Dave” Jay Conrader, of Mableton, Georgia passed away on the morning of Friday, January 21, 2022, at the age of 66 following his courageous, decades-long battle with HIV. Dave was born to Janet Lois Conrader (‘nee Krone) and Herman Harry Conrader on Thursday, February 17, 1955, at Melbourne Hospital in Florida. He lived in Palm Bay, Florida with his family until 1968 when they relocated to Scotrun, Pennsylvania. David attended Pocono Mountain High School where he was part of the choral ensemble as a tenor and took part in play production as an advisor. During his time at Pocono Mountain H.S., he enjoyed a class trip to Russia which he remembered fondly. He graduated in 1973 and was recognized for his academic achievement and participation as a Library Assistant. David enlisted in the U.S. Navy upon graduation from high school and served for nine years, until 1982. During his time in the Navy, he was part of the Honor Guard in Washington D.C. and served on the submarine USS Hunely as a corpsman. After leaving the military, he worked for a telecom company, then Pride Medical in Atlanta as Assistant Practice Manager, and lastly Crystal Clear Pond Services which he ran with his late husband Dennis. Dave retired from work in 2020. David was of English, German, Swedish, Danish, Welch, and Irish ancestry. He loved moose, angels, and cows owning a vast collection of those figures given to him by loved ones over the years. He was an animal lover and had dogs and cats throughout his life. Dave loved rich foods, iced coffee, cookies, whole milk, and ice cream. His favorite color was hunter green. He loved the song Wind Beneath My Wing, by Bette Milder; it was the song he and Jimmy slow danced to after they met. He is survived by his brother Steven Conrader, sister-in-law Suzanne Conrader, niece Christina Buchanan, niece and goddaughter Amanda Taddeo, aunt Jean Wiarda, grandnieces Jessica Buchanan Arianna Leigh Taddeo, and grandnephew Aiden James Buchanan. He was preceded in death by his beloved partner James “Jimmy” Norman Davis (d. 1993), his mother Janet “Chick” Conrader (d.2011), his father Herman “Herm” Conrader (d. 2016), and his husband Dennis Kevin Harcus (d. 2019). A memorial service will take place in Florida on February 18 at 12:00 pm. White Columns Chapel & Cremations is honored to serve the family of David Conrader.

The family of David Conrader created this Life Tributes page to make it easy to share your memories.

David “Dave” Jay Conrader, of Mableton, Georgia passed away on...

Send flowers to the Conrader family.