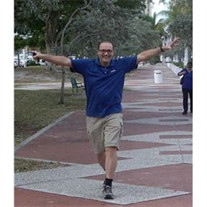 David Andrew Stoddard, age 60, of Mableton passed away on Thursday, February 5, 2014. Dave was born to Roy Melvin Stoddard and Mary Nakamura Stoddard on December 4, 1953 in Fort Dix, New Jersey. He had played college basketball for San Diego State University while obtaining his Bachelors degree. His love of fitness and basketball continued throughout his life. He was an Ironman who participated in many triathlons - testing his strength, endurance, and mind. Dave was a humble individual who strived for excellence and helped develop others towards their full potential. He wrote the book, "The Heart of Mentoring" to help inspire others in pursuing his same passion of guidance. He also valued his education and had later received his Masters degree from Liberty University. Dave is survived by his loving wife, Anne Yarnell Stoddard; sons, Paul Nathanael Stoddard of Burke, Virginia and Aaron David Stoddard of Mableton; daughter, Sarah Naomi Stoddard of Mableton; sister, Eve Marie Stoddard of Houston, Texas; brothers, Fred Kiyou Stoddard and his wife Jane of Douglasville, John Charles Stoddard and his wife Teri of Hiram; niece, Kimberly Stoddard; nephews, Steven, John Patrick, and Andrew Stoddard; and countless friends who he considered to be family. The family will receive friends 2:00 pm - 5:00 pm Friday, February 14, 2014 at White Columns Funeral Chapel in Mableton. Memorial Services will be held at 11:00 am Saturday, February 15, 2014, in the gym at Whitefield Academy in Mableton. A reception will follow on the Whitefield campus.

The family of David Stoddard created this Life Tributes page to make it easy to share your memories.

David Andrew Stoddard, age 60, of Mableton passed away on Thursday,...

Send flowers to the Stoddard family.