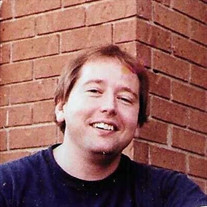 David Lee Wade age 61, of Mableton passed away Friday morning, March 18 after a lengthy hospital stay from a stroke he suffered on December 30. David was a graduate of South Cobb High School (class of 1978) where he played clarinet in the... View Obituary & Service Information

The family of David Wade created this Life Tributes page to make it easy to share your memories.

Send flowers to the Wade family.