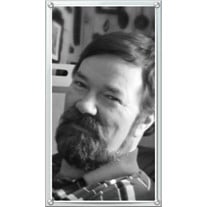 Eddy Earl Gullett, age 51, of Mableton passed away Wednesday, September 17, 2014 at Riverview Regional Medical Center in Gadsden, Alabama. Eddy was born to Tommy Gene Gullett and Gladys Blanchie Gullett on November 30, 1962 at Wellstar Kennestone Hospital in Marietta, Georgia. He had met Pamela Kimmons through some friends and after 9 years, they had married. The couple were blessed with their daughter, Stella who was born at the same hospital as Eddy. He was a wonderful father to his two boys, Cody and Andrew, and his daughter, Stella. He became a proud Paw Paw as their family grew to include their grandchildren: Alexys, Ayden, Georgia, Destany, and Andrew Jr. Eddy was a highly gifted man with many interests. He loved everything about trains from watching them to collecting. He also was an avid motorcycle rider and collector. Eddy not only cared for his family, but gave to his community as well. He was a Mason of the Battle Hill Lodge #523 and a Shriner. Eddy worked as a master mechanic at MHC Kenworth of Atlanta who reached the distinct level of Class-A Journeyman S-6. He was an excellent teacher and mechanic. Eddy Earl Gullett is preceded in death by his parents, Gene and Gladys Gullett. Survivors include his wife of 14 years, Pamela Michele Kimmons Gullett; daughter, Stella Gullett Faircloth and her husband Troy of Peterborough, New Hampshire; sons, Cody Matthew Roberts and his wife Michaela of Lithia Springs and Andrew Nathan Roberts, Sr. and his wife Carole Ann of Mableton; granddaughters, Alyxys Haleene Faircloth, Georgia Christine Roberts, and Destany Danielle Roberts; and grandsons, Ayden Chase Faircltoh and Andrew Nathan Roberts, Jr. The family will receive friends Monday, September 22, 2014 from 4:00 - 6:00 PM and again from 7:00 - 9:00 PM at White Columns Funeral Chapel in Mableton. Funeral Services will be held at 6:00 PM Tuesday in the funeral home's chapel. Cremation will follow under the care of White Columns Funeral Chapel. In lieu of flowers, donations may be made to the following: Free & Accepted Masons: Battle Hill Lodge #523 Attn: Jack Williams 3649 Temple Street Lithia Springs, GA 30122 *Please make the check out to Jack Williams. Also, please indicate that the donation is "In Memory of Eddy Gullett". These memorial funds will be helping the Children's Home that Eddy and his Mason brothers have supported.

The family of Eddy Gullett created this Life Tributes page to make it easy to share your memories.

Send flowers to the Gullett family.