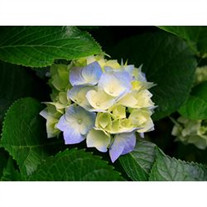 Grace Dennington, age 85, of Austell, passed away peacefully on Sunday, September 24, 2014 at Wellstar Tranquility at Kennesaw Mountain. Grace was born to Jessie and Christine Jackson on September 22, 1928 in Kansas City, Missouri. Grace Dennington is preceded in death by her husband, Frank William Dennington, Sr. A loving mother, grandmother, great-grandmother and sister, she is survived by her son, Bill Dennington; daughter, Diane Abdi Robertson; and three brothers, five grandchildren, and nine great grandchildren. Grace was also a strong Christian who taught in Bible studies, Sunday schools, and youth gatherings over her lifetime. She also taught piano for many years at Riverside Elementary in Mableton. Her example and traditions will carry on through her family and friends. A Celebration of Grace Dennington's Life will be held on Saturday, October 4, 2014 at 2:00 pm at First Baptist Church, Austell, Georgia located at 5991 Love St, Austell, GA 30168. . There will be a reception after the service for family and friends. In lieu of flowers, contributions may be made to Austell First Baptist Church

The family of Grace Dennington created this Life Tributes page to make it easy to share your memories.

Send flowers to the Dennington family.