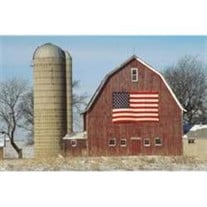 Send Flowers James Leonard Fowler July 4, 1926 - June 6, 2014 James Leonard "Jim" Fowler was born July 4, 1926 in Meriwether County, Woodbury, Georgia, to parents Estelle and W.B. Fowler and was fortunate to have one sister, Willie Mae Napier and one brother, William Andrew Fowler, Sr. He grew up in the Meriwether County area, moving from farm to farm learning the complexities of farming. Walking a mile and half each day to catch the school bus. He attended Meriwether County High School in Woodbury, Georgia, graduating in 1943; one in a class of 16. In early 1944, he was drafted into the U.S. Army, where he served in Europe as Staff Sergeant in charge of the 3rd Division Postal Office in Germany. He headed the program to return the unit to the states before being honorably discharged October 1949. He accepted a job with PPG Industries in late 1946 and remained in this employment for more than 45 years. He attended college at night and graduated from the University of Georgia (Atlanta Division) - May 1963. He advanced from office clerk to manager of Administration for the Eastern part of the United States. Jim was known for his devotion to his church. He accepted Christ in his life at the altar of the Raleigh Methodist Church, Meriwether County, Georgia, September 16, 1942 as a young man. He joined Lithia Springs United Methodist Church in 1950 and has served in almost every position within the church. He was chairman of the Building Committee during the construction of the new Sanctuary and the Children's Center. He started the Crusaders Sunday school class, and led as the teacher for many years; one of the most successful classes within the church. Jim and Edna moved from Alabama to Cobb County, Georgia in the early 1960's. He has served the county well. Three years on the Cobb County Planning and Zoning Board, moving to Cobb Hospital Board, where he served as chairperson of the Authority Board for 20 years. Instrumental in merging the Douglas and Cobb Hospital Boards, which began after service on Sunday morning at Lithia Springs United Methodist Church, where he met with the chairman of Douglas Hospital Board (recorded in the first 20 years at WellStar Book). He was elected as South Cobb Citizen of the Year in the year 2004. Quoted from program and written by one of the Board Members, "I have had the good fortune of working with Jim over many years. He is a good example of one who believes that service to humanity is the best work of his life." That was James L. Fowler. Preceded in death by his wife, Edna Pitts Fowler; and one brother, William Andrew Fowler, Sr. He is survived by daughters, Gayle and husband Doug Taylor of Lithia Springs, Marris Louann Brush of Macon; sister Willie Mae Napier of Oakridge, TN; grandson, Alex and wife Rebecca Lewis of Lithia Springs; granddaughters, Ashley Lynn Love, Alyson Kaye Love, Madison Lindsey Brush, six great-grandchildren; cousin, Alice Blaine of Woodbury; friend Robert Brush; and caretakers Josh, Kimberly, and Nissie Yantis. The family will receive friends 5:00 PM - 8:00 PM Sunday at White Columns Chapel in Mableton. Funeral Services 11:00 AM Monday, June 9, 2014 at Lithia Springs United Methodist Church. A private interment will follow. In lieu of flowers donations may be made to the operating budget or as needed at Lithia Springs United Methodist Church. Condolences may be made at www.genedavisfuneralhome.com. Facts Born: July 4, 1926 Death: June 6, 2014 Place of Death: WellStar Cobb Hospital Occupation: Regional Sales Manager Survivors Gayle Taylor, Daughter Doug Taylor, Son-in-Law Marris Louann Brush, Daughter Willie Mae Napier, Sister Alex Lewis, Grandson Rebecca Lewis, Grand-daughter in law Ashley Lynn Love, Granddaughter Alyson Kaye Love, Granddaughter Madison Lindsey Brush, Granddaughter Six (6), Great-grandchildren Alice Blain, Cousin Preceded in Death By Edna Pitts Fowler, Wife William Andrew Fowler, Sr., Brother Mary Estelle McRae, Mother William Beverly Fowler, Sr., Father

The family of James Fowler created this Life Tributes page to make it easy to share your memories.

Send flowers to the Fowler family.