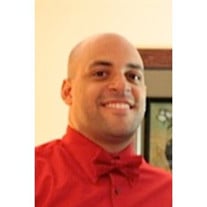 John William Kelly Jr., age 29, of Mableton passed away on Sunday, January 13, 2013. John was born to John William Kelly Sr. and Kim McLamore Kelly on June 4, 1983 in Atlanta, Georgia. He was one of four children and had a very loving and close knit family including his grandmothers, cousins, nephews, aunts and uncles. John was a gifted athlete and enjoyed playing football, basketball, track and field, and handball. He also helped others by refereeing multiple games. John graduated from South Cobb High School in 2001 and had attended the University of the South afterwards. While at college, he played football and track and field. His athletic abilities allowed him a number of travel opportunities, and in 1998, he was the youngest member of the American Handball Team at the World Youth Games in Moscow, Russia, and on the USA National Team from 2002-2006. In 2003, as a member of Atlanta Team Handball, he captured the USA National Championship MVP Award in Reno, Nevada, and was a Bronze Medalist on the USA Men's Team at the Pan AM Games in the Dominican Republic. He joined the United States Navy after college where he worked in the medical field while continuing to excel as a member of the Navy's winning handball team. He received many commendations, including a Certificate of Graduation as a hospital corpsman apprentice from the Navy's Bureau of Medicine and Surgery, and successfully completed training as a Certified Pharmacy Technician. A naval Petty Officer, he also received 'distinguished honors for providing numerous off duty hours to assist and improve fellow officers, showing exceptional ability and devotion to duty, and reflecting great credit on himself and the US Navy.' After being honorably discharged, he continued helping others working as an ER technician for Wellstar Cobb Hospital in Austell. John William Kelly Jr. is preceded in death by his father, John William Kelly Sr. in 2012. Survivors include his mother, Kim McLamore Kelly of Mableton; brothers, Christopher Thomas and his wife Wanda of Angier, North Carolina and Austin Tyler Kelly of Mableton; sister, Candyse Nicole Kelly of Mableton; grandmothers, Lillie Allen and Kate Lillis; cousins, Andrew Allen, Jamorye Allen, Nolan Allen, Darius Allen, Brooke Kelly, Ryanne Lowe, and Rachel Lowe; nephews, Ethan and Bryce; aunts, Rashaunda Allen and her husband Richard of Stone Mountain and Tisha King of Fort Lauderdale, Florida; uncles, Eugene Allen and his wife Annie of Clarkston and Thomas William Kelly Jr and his wife GiGi of Lawrenceville; great aunts, Ernestine Jones and her husband Joe of Pompano Beach, Florida and Christine Jenkins of Las Vegas, Nevada; great uncle, William McLamore and his wife Edith of Fort Lauderdale, Florida; and a host of loving cousins. The family will receive friends 4:00 pm to 9:00 pm Friday, January 18, 2013 at White Columns Funeral Chapel in Mableton. Funeral Services will be held at 1:00 pm (in state at 12:00 pm) Saturday, January 19, 2013 at Orange Hill Baptist Church in Austell with Pastor Donald Johnson officiating. Interment will follow at Sunrise Memorial Gardens in Douglasville. In lieu of flowers, donations may be made to the Kelly Family Fund. Donations may be made at any Wells Fargo Bank branch. The account name is under Kim Kelly whose address is 305 Saint Patrick Drive Mableton, GA 30126. Another option is to send a check or money order payable to Kim Kelly at: Kim Kelly 305 Saint Patrick Drive Mableton, GA 30126 The family would like to thank everyone for your continued prayers and blessings.

John William Kelly Jr., age 29, of Mableton passed away on Sunday, January 13, 2013. John was born to John William Kelly Sr. and Kim McLamore Kelly on June 4, 1983 in Atlanta, Georgia. He was one of four children and had a very loving and close... View Obituary & Service Information

The family of John Kelly Jr created this Life Tributes page to make it easy to share your memories.