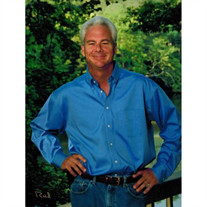 "They lived and laughed and loved and left and the world will never be the same." -James Joyce Michael Edwin Enfinger, age 53, of Vinings passed away Wednesday, September 30, 2015. Michael was a man loved and admired by an adoring community of family and friends for his kind manner and peaceful grace. As the Director of White Columns Funeral Chapel for over 30 years, Michael has provided guidance to thousands of families facing the final passage in life with compassion, honesty and respect. He was a 1986 graduate of Gupton Jones College of Funeral Services. As the President of Orchard Lake Home Owner Association, he offered leadership and care to each individual in the community. He supported environmental issues that helped create more sustainable conditions for the Orchard Lake Community as well as many other projects around the Vinings and Mableton areas. Recognized as a fair, competitive tennis player with the ALTA and USTA Tennis divisions; he brought camaraderie and joy to all of its members. A graduate of the 1980 class at Valdosta High School, he was proud of his South Georgia roots. He never met a stranger and his door was always open. Loving the outdoors, he could be found sitting on his dock fishing with his loyal Chocolate Lab, Duke. Michael loved sports and always cheered for the underdog. He is survived by his family, Paige Michelle Enfinger, Alan Enfinger of Valdosta, Kenneth and wife Cynthia Enfinger of Tempe, Arizona, Betty Elliott Davis of Mableton, Rita Davis Enfinger of Mableton, Eric Eugene Davis of Mableton, Will Enfinger, Rebecca and her husband Sam Orlando, Douglas Enfinger, David Enfinger, Cody Enfinger, and Jake Enfinger, and Lizzie and Pam Thomas of Valdosta. The family received friends Saturday, October 3, 2015 from 5:00 PM until 8:00 PM at White Columns Funeral Chapel in Mableton. Funeral Services were held at 3:00 PM Sunday, October 4, 2015 with the Reverend Dr. Donna Mote. In August of 1985, Mike and his mother Katie Enfinger walked into White Columns Chapel to attend the funeral service of his Great Aunt, Marie Nesmith Hutcheson. During that time he asked Betty Davis for a job and perhaps a place to live while he attended Gupton Jones College of Funeral Service. Because Gene Davis had been hospitalized for the illness which prevented him from ever returning to work, hiring Mike was Ms. Betty’s first executive decision. For the next few months, Mr. Davis would often call the funeral home and issue instructions from his hospital bed, whenever he was able. Mike's gracious, South Georgia "Yes sir," and his assurance that he would take care of "whatever" must have been what led him to tell us one day, "I think you've hired a good young man." Walter Eugene Davis died October 4th of 1985. He had designed and built and operated this 24/seven business for 20 years. Mike Enfinger has remained... working faithfully by Ms. Betty’s side... maintaining this now 50-year-old building, and serving our community for the past 30 years. His presence will be greatly missed by all that were touched by his kindness and gentle spirit.

"They lived and laughed and loved and left and the world will never be the same." -James Joyce Michael Edwin Enfinger, age 53, of Vinings passed away Wednesday, September 30, 2015. Michael was a man loved and admired by an adoring... View Obituary & Service Information

The family of Michael Edwin Enfinger created this Life Tributes page to make it easy to share your memories.

&quot;They lived and laughed and loved and left and the world will...

Send flowers to the Enfinger family.