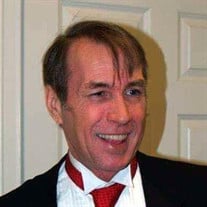 William Layme Smith, aka Abu, age 65, of Marietta, Georgia passed away February 3, 2020. He was preceded in death by his wife, Angel Smith; son, Paul Scigliano and sister, Lu-Ann Greathouse. Mr. Smith is survived by his 2 daughters; Adriana Evans and her husband Roger. Christina Henderson and her husband Paul. His 3 sisters; Bonita Woodbeck, Mary Christine Delougherty and Katherine Culhane. His grandchildren; Jasmine Henderson, James Henderson, Aspen Evans, Alyssia Evans and his great-grandson, Cameron Bellon along with several nieces and nephews; Amy Smith, Bridget Aylward, Melissa Aylward, Patricia Aylward, Dawn Woodbeck, Kirk Woodbeck, Steven Woodbeck, Brian Delougherty and Brent Delougherty. Mr. Smith was born to Bary and Audrey Smith in Saint Paul, Minnesota in 1954. He enlisted in the Marine Corps in June of 1972 and served honorably until his discharge. Later in life, he went on to work and retire as a truck driver for the Army and Air Force Exchange Service (AAFES). Mr. Smith was a proud Marine, loved his dog Root Beer, was a lifelong Minnesota Vikings, Minnesota Twins, Star Trek and Star Wars fan. He never met a stranger and always had stories to share. He famously ended his stories encouraging everyone to Live, Long and Prosper, May the Force Be With You and to take it easy. In accordance with his wishes, Mr. Smith’s body will be cremated. A service to honor his life will be held at a later date. White Columns Chapel & Cremations is honored to serve the family of William Layme Smith.

The family of William Smith created this Life Tributes page to make it easy to share your memories.

Send flowers to the Smith family.